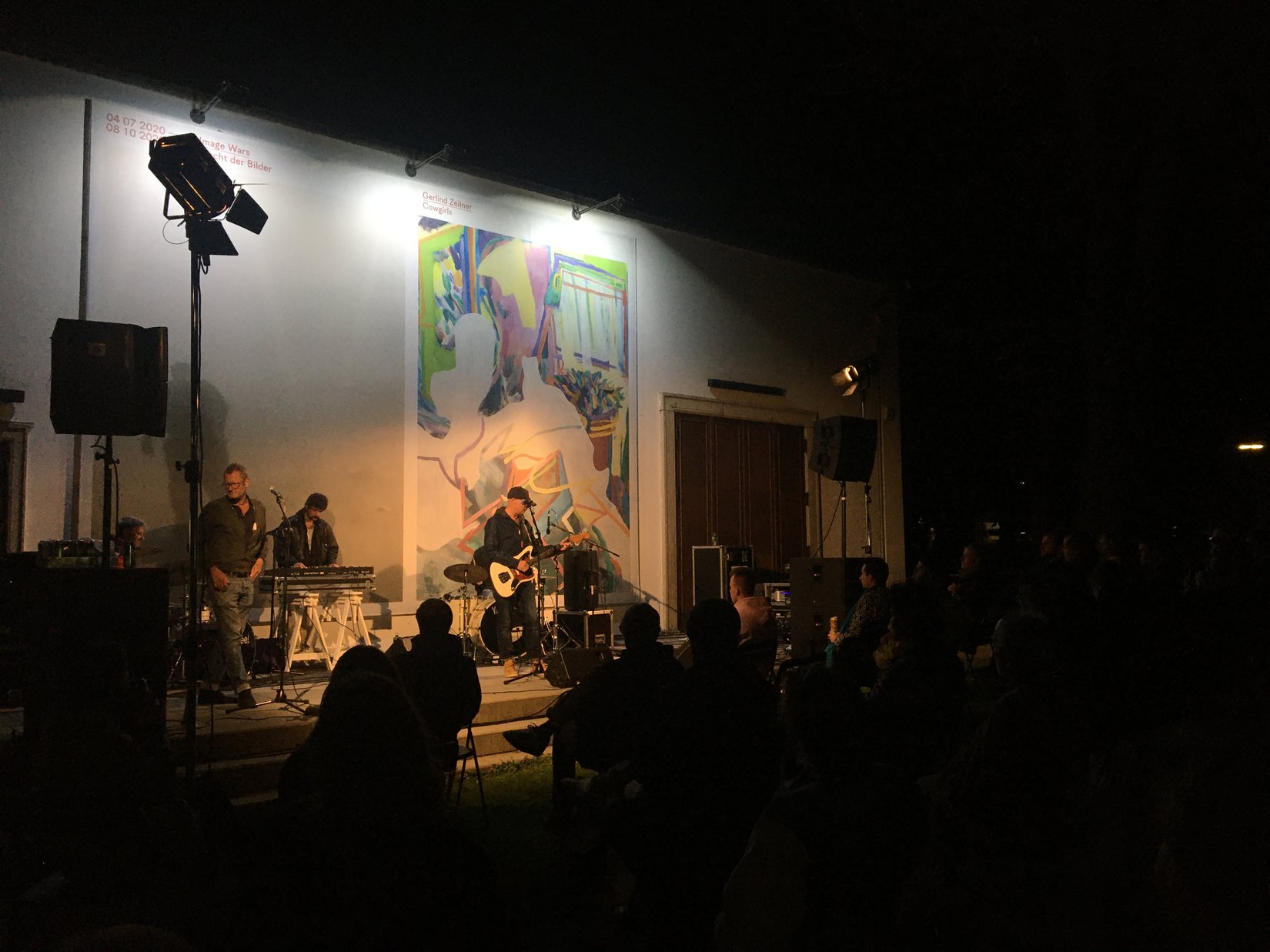 On the occasion of the closing of the exhibitions “Gerlind Zeilner. Cowgirls” and “Image Wars. The Power of Images” the band “Mäuse” invited us into their cosmos of experimental sounds.

The band “Mäuse” was founded in 1994 by Gerhard Potuznik and Tex Rubinowith. They disbanded in 1999 after three albums, just to re-form again ten years later. Playing live, they are supported by Didi Kern (drums) and Philipp Quehenberger (keys).