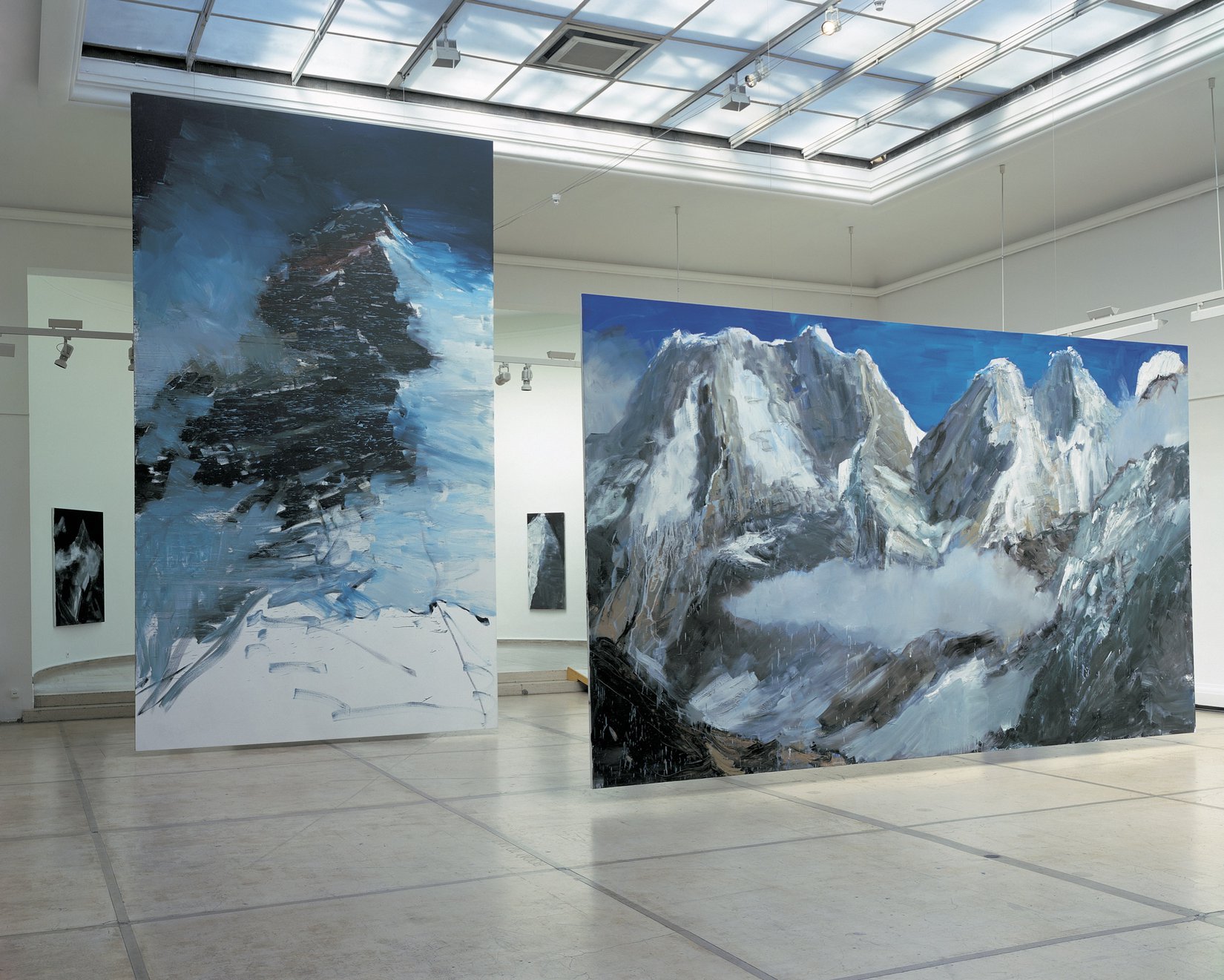 In his lecture, curator and art historian Günther Holler-Schuster sheds light on Herbert Brandl's artistic work in the 1990s up to the exhibition "Chromophobia I, Herbert Brandl" at Künstlerhaus Graz, which he curated with Peter Weibel in 2002 in conjunction with a retrospective solo show at Neue Galerie am Landesmuseum Joanneum. The exhibition formulated a critical examination of painting as a central position within the visual arts, as well as the totalizing and revival of the same.

Günther Holler-Schuster used his lecture to further explore the concepts of Transavanguardia, “Neue Wilde” and “Neue Malerei,” with which new developments were to be defined internationally. Herbert Brandl was received in this context alongside painters such as Hubert Schmalix, Siegfried Anzinger and Alois Mosbacher. According to Holler-Schuster, an exclusive consideration of Brandl's work would be too brief, however, with regard to the theoretical aspects of the 1980s. Instead, the possibilities of painting or the visual in general are the subject of interest.

Günther Holler-Schuster (*1963 Altneudörfl, lives in Graz) is an artist and art historian as well as collection curator and deputy department head of the Neue Galerie am Universalmuseum Joanneum. He studied art history and folklore at the Karl-Franzens-University in Graz. In 1987 he was a founding member of the artists' group G.R.A.M., which he now runs together with Martin Behr. In his conceptual art, Holler-Schuster is concerned with the selective perception of images in photography, film and video, which he likes to examine for their historical references and current cross-references.