Beyond Seriousness and Irony 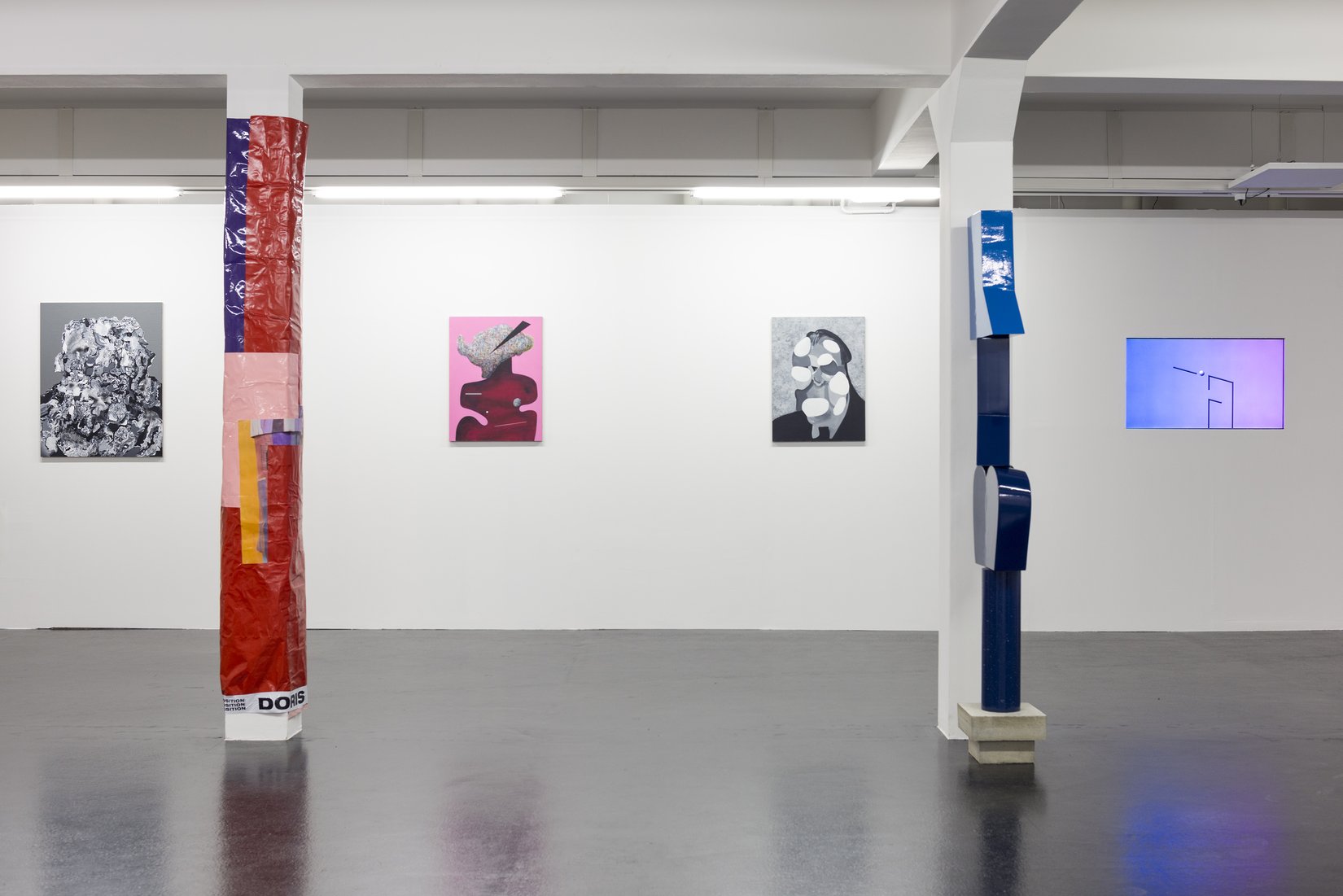 From almost surrealist and very painterly portraits to sober and clean videos—Tymek Borowski discusses questions of contemporaneity, description, the place of “art” and the role of humor in his work

I think that it’s the tendency to perceive the world in theoretical categories. It’s a way of idealistic thinking detached from the foundation of material facts, focused on manipulation of predefined symbols. We could call it “living in a world made of words, not of atoms”. This subtle tendency is very contemporary, especially in developed countries, and it seems to be a direct effect of spending time in digital environments, inside apps. It manifests in various ways, from cartoon aesthetics in contemporary art to the rapid disappearance of certain practical skills in the society.

Interesting! Where, then, would you place your work within that contemporary framework? I am thinking of the two dominant strands of your work: painting as a very hands-on and material practice on the one side, and your videos with a clean and almost abstract aesthetic on the other.

With paintings, it’s simple: it’s the materiality which resists smooth categorizations. Portraits are made of arbitrary, specific shapes. When you look at some visual form, you can ask yourself: how many words would I need to describe it precisely? If it’s a black square, it’s simple—you say “black square” and you are done. I want my paintings to require a lot of words, a lot of information to describe them: To contain a lot of so-called “raw data” which cannot be synthetized into elegant and precise forms.

The second is more complicated. Although I think that the mentioned tendency to over-theorize is harmful, we can’t really live without theories about reality, we need some kind of a model of the world. Every theory or conceptualization is only an approximation, it is always false in some details, but still, some of these theories are better than the others—i.e. they help you to predict the future outcome of present events in a slightly more reliable way. Most of the movies and infographics I’ve done so far were attempts to propose very earthbound theories, almost provocatively simplified, based on the first principles, dealing with problems traditionally associated with humanities and social sciences. There are more and more examples of this kind of thinking these days. I think that soon it will be a rising tendency. I believe that this kind of down-to-earth, geeky approach to art, culture and all the great topics like “The Meaning of Life” can be quite refreshing for contemporary culture.

To stay with the difference between paintings and videos for another round: whereas your paintings seem to almost perform there “artiness”—taking the classical form of the portrait, playing along the lines of figuration and abstraction, being very “painterly” in terms of the brushwork—your videos almost seamlessly paste into a broader (not decidedly arty) style and look of instructional videos and tutorials. You also often explicitly turn towards this difference (or indifference) between “art” and “culture.” Where would you draw the line between these two concepts – or is it useless and stupid to wanting to tell them apart? Also, do you “need” the artiness of the paintings to counterbalance the “broad approach” of the videos?

I wouldn’t separate “art” form “culture”. I’d rather say that art is one specific kind of human activity and “culture” is a much broader term, which includes art, engineering, cooking, sports—all the fluid algorithms of human behavior. The instructional aesthetics of the videos came from a simple reason: I’ve always believed that if you want to tell something to people, you should tell it to them. When my collaborator Paweł Sysiak and I have been working on the script for the movie How Art Works? (2011), we've formulated this in one of our “resolutions”: “Try to communicate as simply and directly as possible, even if it sounds stupid.” In other words, if you have a defined message, if you have something to say, don’t complicate it, don’t dress it up with metaphors, just communicate it in a direct way.

It’s an entirely different story with the paintings, though. Apart from a few “written paintings” (two of which you can see at the exhibition) all my other attempts to create paintings that were intended to communicate some defined message, have ended up with some kind of terrible, dull illustration. I don’t consider painting a medium to tell people something, it's more an area to create some pieces of strange reality, to create things. Of course when you have created it, and look at it, you start interpreting it, and start seeing some message, some meaning in it. But it’s a process which happens post factum. When I start a painting, I have a decision like “it will be a portrait of this person,” sometimes having a rough idea of some of its elements, but I can’t predict the final effect. It always surprises me. I can’t carefully execute a planned idea for a painting, because for me this is too boring. I prefer to work with matter, and look what’s happening. The “artiness” is just a side effect.

At the beginning of your video “How Art Works” you put it in very clear words: “This film is serious. Please do not take it ironically.” Yet, there often seem to be a certain dead-pan humor to these videos; your portraits, on the other hand, often verge on the grotesque—so: What’s the role of humor for your work?

It’s not a problem of art being funny. It seems obvious that the thing can be funny and serious at the same time. But there is a problem with irony, as it is often used as a backup option—you can say something and always have the option to explain that you’ve meant the opposite­­—and when you have this kind of backup, both options are powerless. At the time of making the movie, I believed that irony is the true opposition of seriousness. Today, I would say that an artwork can be serious and ironic at the same time, but it works well only when it occupies a strange position beyond seriousness and irony altogether. It happens when an artist finds a new option, beyond the affirmation and negation of a certain idea, aesthetic etc.—an option which can’t be easily named at that moment. Then it’s affirmative and critical, serious and ironic at the same time. I like when art works this way. I guess it’s just in my character.